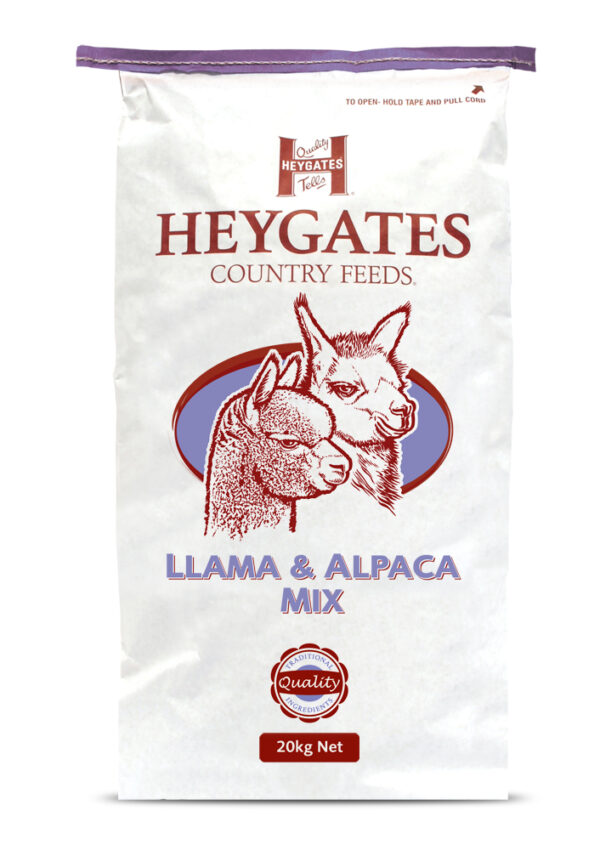 Heygates Llama Mix is a premium molassed coarse mixture suitable for llamas and alpacas. The ingredients include steam cooked flaked barley and flaked maize. A variety of protein sources are used including cooked flaked peas, lucerne, sunflower and soya.

Heygates Llama Mix is fully mineralised and no other supplement should be necessary in most cases. Llamas have a high requirement for viamin E which is included in the ration.

It is important that the llama eats sufficient fibrous forage. Obesity is a common problem so concentrated feed should be fed with care. Good grazing or hay will provide most of the maintenance requirements of a mature adult.

Introduce Llama Mix to females during the last 3 months of pregnancy. Start with a small amount and build up to a maximum of 1kg per day (less for alpacas) split between at least two feeds. Continue through the first 3 months of lactation gradually reducing the amount up to weaning. Growing animals can be fed up to 1kg per day in at least 2 feeds. It is important to continuously monitor body condition and feed concentrates accordingly. Forage and water should always be available.